Hello Lovelies! Yesterday I went and saw the City of Bones movie with my friend and I really enjoyed it! As a huge fan of the book I had really high expectations and it did pretty well. 80% of it was spot on, I loved it. 15% was meh, not great but passable and then there was the 5% that was cringe worthy. WATCH THE MOVIE BEFORE YOU READ THIS POST!!!! Just because it may not make sense otherwise.

Let’s start with the amazing things. Most of the characters were perfect and the acting was amazing. There was 1 character where I didn’t like the acting and 1 that I didn’t like simply because the acting was fine but the character was just off. Other than that I think they nailed it. Movie Simon and Clary were so perfect Lily Collins and Robert Sheehan were great together. I like them both at least as much in the movie as I did in the book. Jamie Campbell Bower as Jace I also loved. People were really skeptical but that was Jace for me the sarcasm, the darkness, the chemistry with Lily all of it was flawless. Just a perfect performance of Jace. Now the 2 I didn’t like: Magnus Bane. I was so looking forward to Magnus. He is one of my favourite characters if not my favourite and Godfrey Gao looked the part. But the acting was brutal. It was very flat, I didn’t feel it at all. Magnus is flamboyant and full of life and he wasn’t. And the other character whose acting was fine but character was wrong was Valentine. Valentine is a smooth talking charmer who relied on words rather than violence to command obedience. But movie Valentine firstly didn’t look the part. I’m not sure about anyone else but I pictured Valentine as a classy, polished, business causal. Dark jeans, black collared shirt with a couple buttons open, slick blond hair just very neat. And movie Valentine has dreadlocks and his shirt is just open and he looks messy. Valentine’s not messy, he’s cool and calculating and manipulative. Which brings me to the second thing, personality wise it was wrong. Valentine wouldn’t reach for a sword to fight Jace because he wouldn’t need to. Despite him being a great fighter, weapons are not his main game. So that was aggravating because it was so different.

A great thing that I really appreciated was that most of the time the movie kept very closely to the book. There are parts where there is a conversation and me as a fan-girl is going “Oooh! That’s directly from the book!” Obviously for the sake of making a movie things had to be changed. The ending in particular was very different because on time I think and when they made it they didn’t know if they were making a sequel so they had to make everything wrap up for those people who hadn’t read the books. i didn’t like how it was that Hodge suggested Valentine tell Jace and Clary they were related so that we know it’s a lie. Again I now they did this for the sake of people who hadn’t read the books and not knowing if there was going to be a sequel just to have it be less disturbing I guess. I know why they did it so I can’t be as mad about it but it still bugged me. But 2/3 of the movie were very close to the book. Visually this movie was fantastic. The world was perfect I think with all the little details.

Something they changed but I actually really liked was the portal. When making a movie, especially on like this, you can’t have every single scene in a different setting. It’s just not realistic. So they put the portal in the institute and explained it as being a naturally occurring thing that the institute was build around. I liked that explanation, it worked with the movie, they might run into some problems later on in the other movies (if they make them) but for this movie it worked. I also really loved the fact the it was like water. I know it is described as a mirror but I really liked the water design. I thought it was so creative having Jace being able to take pieces of it. The part when he was stroking Clary’s hair through the portal I had to laugh because it just seemed so weird having his arm floating there petting her and then seeing him in the background grinning. But it was good. I loved when he used it to punch Valentine, it was such a Jace thing to do. They also changed it so that Madam Dorothea tells Clary right at the beginning that she is a Shadowhunter and that worked really well too. I do prefer the book but given that they had to change it, I liked how they did it.

Clary still having the Mortal Cup. I am not sure how they are going to work that for the next movie. Hodge is also dead it looked like. We don’t see him die which was likely done intentionally but it was kind of implied. If they end up making a City of Glass they will probably just have it that he escaped miraculously. Also Simon didn’t turn into a rat. That bugged me even though it’s a little thing.

Now I’m just going to list off some of my favourite parts as they come to me because I’ve covered most what I wanted too. The City of Bones! Oh my good God! So fantastic! So perfect to the books. The silent brothers were so creepy and just so good! So good! And the scene where Jocelyn is attacked, I am so glad that they did that in detail because we didn’t get it in the book. I really enjoyed seeing Jocelyn kick a little bit of ass. Simon and Clary in the Pandemonium and his line “Yeah, we’re totally fitting in.” and also Simon coming into the house and Jocelyn saying “Jesus!” because that was right from the book. The library guys. Can I have one like that? Please? And  greenhouse like that too with the twirly stairs to nowhere. Oh, when Clary gets home and there is the rottweiler demon there. I think it was meant as that a demon took it over but I took it as Clary was starting to see through the glamour because Jace says in the book that a mundane wouldn’t have seen a demon, but rather a vicious dog. And then she thinks to blow it up while she hides in the fridge, I cannot say that would have ever crossed my mind. Then the demon reforms and that was so cool. I wish Clary would have killed the demon because that’s how it was in the book but Jace’s line after was so funny.  Clary: “Then how can I trust you?” and walks away and Jace calls after her “Well, I did just save your life!” I loved when Jace and Simon were arguing about the cops back and forth. It was so teenage guy and so them. And when the werewolves come in to save them and Isabelle almost cuts off Luke’s head and says “I almost killed you!” and Luke just looks at the sword and says so dryly “Yeah!” Another great part was when Clary “chooses” Simon by hugging him after that fight and just the way Jamie Campbell Bower played that was so perfect. Another great line was Jace saying “Nice to meet you.” to Madam Dorothea. Just the way it was delivered was so great. I really wish we would have gotten a little more of Alec, but his expressions were just so great. Like at the hotel Durmort when Jace is all optimistic, Alec just gives him this look like “Are you f***ing kidding me?!” I liked the musical thing that they talked about and Bach being a Shadowhunter, it was a cool little detail.

Over all I left the movie really having enjoyed it. They did change some things but as a whole I really liked it. What were your thoughts? What were some of your favourite parts? 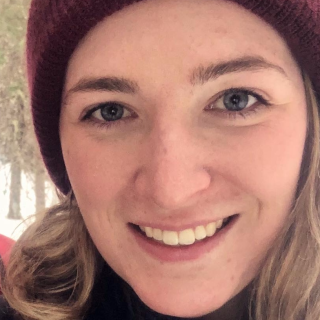